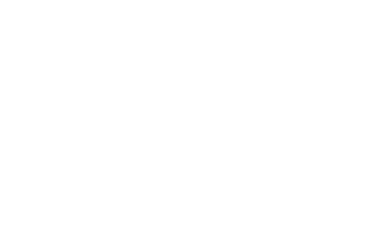 Groups are managed via an own popup, which you can reach via Tools >> Settings >> Groups.

You can only access the group administration if you have the corresponding user right “Edit / create groups” or if you are the leader of a group.

Group leaders can only see the settings of their own group, so they do not have the list of groups or the possibility to create and delete groups.
With the user right the popup shows a list of the created groups with type and for office groups the corresponding region group – if available.

To create a group, click on “Create new group” in the upper right corner.
A lightbox will open, in which you can enter the group name and the group type. Please select “Office” as the type and then save by clicking on the “Save” button.

You can create another group or configure the newly created group by opening it for editing.

Using the list of groups, you can delete a group with the trashcan

The group can be configured via the Edit

icon. In case of an office group, all tabs are configurable.

The group settings are opened with the tab “Groups”. To make it easy to compare the settings of different groups, the selected tab is retained when the group is changed.

After selecting an existing office group via the edit icon

, the tab “Groups” is opened, which displays the users that belong to this group. To add new users to a group, select and add the desired member at the bottom of the pull-down menu under “Search users”. If the desired user cannot be found, he is still a member of another office group.
Users can only be members of one office group, they must first be removed from the other group

Users can be removed from the group using the trashcan

Alternatively, users can be assigned to / removed from a group via the user settings(Tools >> Settings >> Users >> User choices >> Groups).

In the office group, 3 different statuses are available for group members.

If the checkbox at Statistics is activated, the user can use the success cockpit for groups.

With different access data / provider number, the properties are selected for transfer by provider number. You can find the rules in the portal adjustment

Via the Portal Settings tab you can view the portals that are already activated under Tools >> Settings >> Basic Settings >> Portals . For the groups, you can decide which portals should be used by the group members by clicking on the status. Furthermore, you can define different access information for the portals. Users who belong to the office group can then only place properties in this selection of portals. and store them for the group using the“Save” button. These data are only valid for the group and do not overwrite the basic settings.

If no settings are specified, the settings from the portal basic settings apply. Already stored data can be removed in the lightbox by clicking the“Delete” button.

In the Imprint tab, you can store all the imprint data relevant for the group. The imprint data is intended e.g. for the imprinting of websites, PDF brochures and other relevant places. They can be output via certain macros. If you have not specified any data for your group, the imprint data from the basic settings will be used. You can define specific settings for the group on the Basic Data tab. Please note that all group settings are above the basic settings. In contrast to the portal settings, all stored Brochure templates are displayed here. You can adjust the shares for the group differently from the basic settings.
In the PDF brochures from the PDFdesigner that are shared with your group, you can adjust the settings for the individual background images. This allows you to define separate backgrounds per brochure for each office group. The tab Texts / Design has 2 subcategories: